Cities Growing out of Deserts 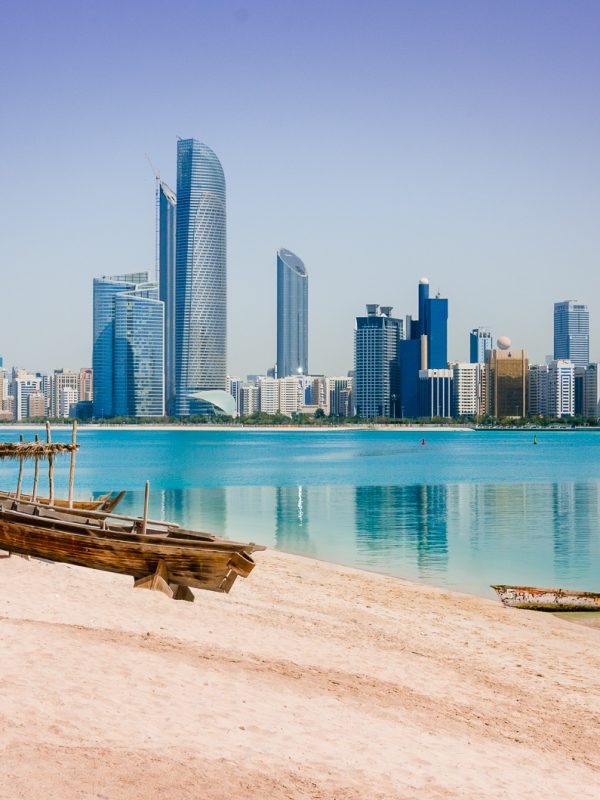 While it is always nature that fascinates me, it would be wrong to forego the cities when talking about the United Arab Emirates.

The Emiratis are proud of their cities and with good reason. The impressive cityscape in this photo simply wasn’t there fifty years before. Abu Dhabi was nought but a sandbank with a few one-storey buildings well into the 1970s.

During my time in the Emirates, it was not uncommon to hear ex-pats self-righteously complain that ‘things were slow’ in the Emirates. However, I’d like to see a city anywhere in the world built with the determination and speed matching those lining the Arabian Gulf.

During the same fifty years, European cities like London, Paris or Rome indeed sprawled. The odd tower popped up here and there—but in no way, shape or form can the change be said to be the equal of the transformation taking place in the Emirates.

It is also necessary to consider that whereas the old-world cities had hundreds of years of accumulated urban development experience, the Emirates began with no such advantage.

On the contrary, they had suffered a hard existence, lived from hand-to-mouth, were part nomadic, and must endure life in extreme heat and humidity. Conditions were so severe that the moisturiser wielding and air-conditioned white-collar worker of today would perish without ceremony or delay were he to endeavour the half of it.

No, the Emiratis of the mid-20th century were singularly tough and capable people.

Cities like Abu Dhabi do not just ‘happen’. Of course, something must be attributed to good fortune:

First, they discovered oil, and with oil, wealth.

But leaders and wealth alone are not enough to generate sustainable value. Thus, a significant portion of the credit for ‘the Emirates’ we see today must go to the Emiratis themselves.

During many years and countless cups of coffee enjoyed in the company of this country’s men and women, I have had a prize-winning number of preconceptions shattered—to my significant advantage.