The Eco-Questionable Delights of Dune Bashing 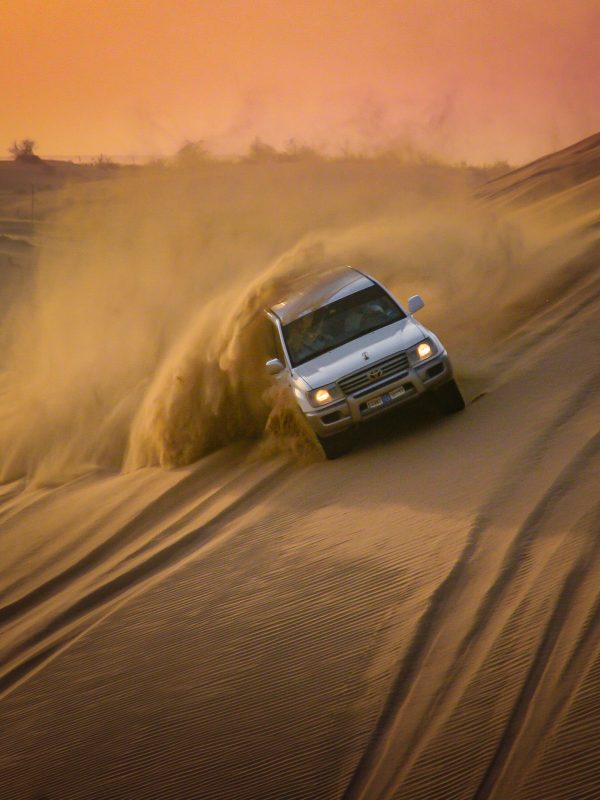 When I arrived in the Emirates, I saw the giant desert dunes as surrogates for my beloved Norwegian mountains and was happy. Here I could walk to my heart’s content and enjoy the silence and tranquillity unique to the desert.

The Emiratis were also happy about their dunes, but for a different reason; one that had little to do with tranquillity.

Most Emiratis are what one might call regular, highly likeable people leading ordinary lives, far removed from the Oil Sheikh stereotype. But ‘most’ is not ‘all’, and the reputation of the Gulf Arab has not been conjured out of thin air.

The density of young males, ostensibly unburdened by fiscal woes, is high. The poorer among these will by default have a Rolex Submariner shining from their wrist—the more well-to-do something more respectable, such as an Audemars Piguet or a Patek Philippe.

Additionally, wealth is expressed through cars. The well-to-do Emirati likes their sports cars, and as with the timepieces, those of middling resources typically settle for some flavour of Porsche. Proper wealth, however, is more appropriately expressed through a Bugatti, a Maybach or a Koenigsegg of an unapologetic colour.

But the Emirati has a utilitarian streak to him and likes to keep an offroad vehicle, too. Unlike the European SUV-owner, who drives his car as if it was made of fine crystal, the Emirati has no need for paved surfaces.

‘Dune bashing’ is to Emiratis what skiing is to Norwegians; to those unfamiliar with the expression ‘dune bashing’, it is descriptive of a wide range of irresponsible driving malpractices in the desert.

At first, this was unusual to me. Still, after a time, I concluded that it would be wrong to dismiss this form of recreation purely based on its verifiable insanity.

Instead, I joined the Emiratis in their regard for sand driving and their disregard for their insurance companies.