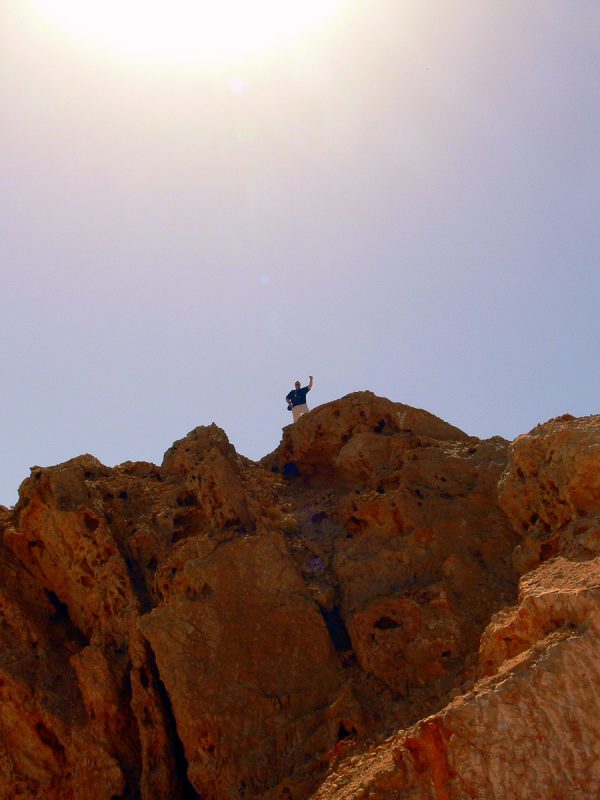 The United Arab Emirates have mountains, too—not merely sand-dunes. These are mostly in the north and the east—but there is one in Abu Dhabi Emirate too.

That ‘one’, is Jebel Hafeet—the ’empty’ mountain—located on the border between Oman and the United Arab Emirates near Al Ain.

Jebel Hafeet, with its 1 249 m.a.s.l, towers majestically above the surrounding desert plain. It is unmistakably, undeniably and unanimously ‘a mountain’.

In former days, an important hunting ground, the mountain has long had a vital role in the Emiratis’ hearts and minds. Today, Jebel Hafeet is more well-known for its recreational rather than its nutritional significance.

And in this respect, Jebel Hafeet has issues; at least seen through Norwegian eyes.

In Norway, the word ‘recreation’ has nothing to do with rest and restoration. Instead, it means an exorbitant outlay of physical effort with no other objective than reaching a viewpoint.

This is so ingrained in our culture that we even have a ‘mountain code’ consisting of nine rules that states what would be blatantly obvious to anyone but Norwegians.

The first seven rules focus on how to prepare for mountain walks.

The eight’ rule states you shouldn’t be ‘… ashamed to turn around’, which you inherently ought to, having just failed to observe the first seven.

The ninth’ and last rule advise you to ‘… conserve your energy and seek shelter’. That rule is widely regarded as encouragement to find a place to hide your shame while concocting means by which to blame your failure on a third party.

Unwritten, and absolutely essential to Norwegians, is that a mountain must only be accessible at the cost of hard physical labour with no short-cuts or ‘illegal’ aids.

It is in this last capacity that Jebel Hafeet fails to meet the requirements.

There is a two-lane road, built to highway standards, leading all the way to the top. The upper slopes have a palace and a tourist hotel—and the summit is a vast parking lot with a snack bar.

Still, smoking sheesha here at night, looking out over the lights of the oasis town of Al Ain is a decidedly good thing in life.