Feudal in the 21st Century 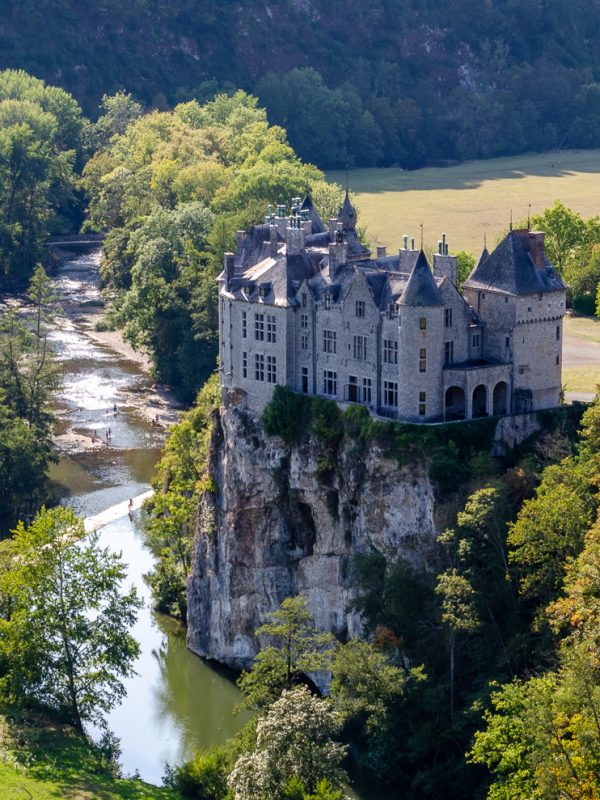 The ‘castle’ is a prominent feature of the Belgian countryside, albeit perhaps more appropriately described as cultural rather than natural.

It is a sad thing about democracies that their buildings do so little to lift the human spirit. Intuitive beauty, the sort of beauty that doesn’t need to be explained to be recognised, is more commonly associated with more malignant forms of government.

Now, the Kingdom of Belgium is governed in as benign a way as any constitutional monarchy can be. But, like the British, and unlike the Norwegian, Belgians still maintains a sizeable nobility of some 1300 families.

Rather pleasingly, it is possible, for people suffering from delusions of grandeur, to request a title of nobility by written application to the King. Though, unless applicants have any notable accomplishment to their name, or in some way or other have made themselves useful to the Kingdom, chances of getting one are slim.

Still, a pathway is a pathway—and hope is the last to die.

Though devoid of privilege these days, one still expects certain things from one’s nobility, including, but not limited to, an ancestral castle.

While immensely beautiful, castles are also wildly impractical; something as simple as heating might easily lead to financial ruin. And, neither freezing nor bankruptcy would summon much sympathy amongst the general populace.

Norway abolished most things to do with nobility and stopped conferring new titles in 1821. The country has pursued a line of strict egalitarianism ever since. This has led Norwegians to hold deeply suspicious beliefs on inherited privilege.

On paper, there are indeed a few noble families left, even in Norway. But, should any of them suggest that they be addressed by their proper titles, they would instantly become a national laughingstock.

My favourite Belgian castle is the Chateau de Walzin, set on a cliff above the Lesse river, south of Dinant.

Despite my Norwegianness, I am a guest in Belgium, and most grateful to the House of Limburg-Stirum for maintaining this exceptional piece of heritage. And, also for not setting loose their dogs on impudent Norwegians who roam in nearby forests.