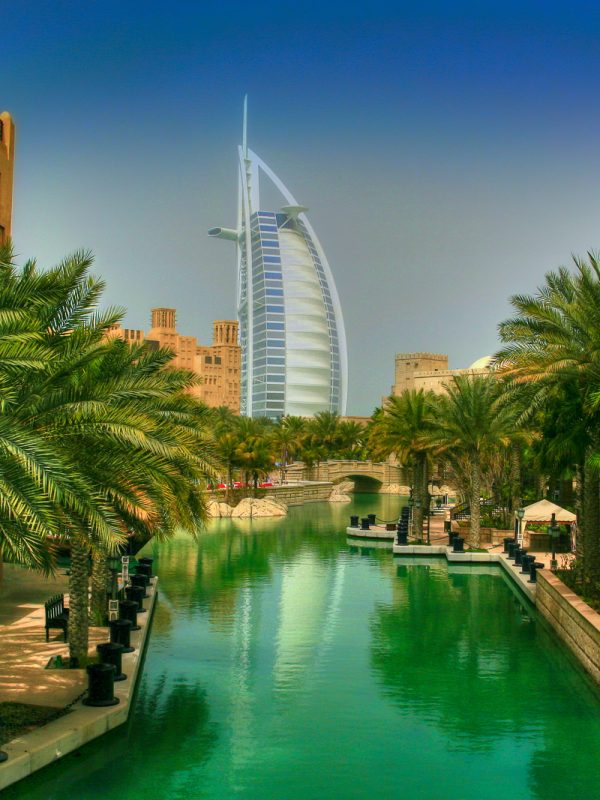 Dubai was the first and only thing I thought I knew about the United Arab Emirates before arriving there. What little I might have learned of Arabia during my school years had not trampled the virgin snow of my ignorance.

At that time, no photo of Dubai existed that did not include Burj al Arab—the tower of the Arabs. That building is a testament to what can only be achieved by vision, leadership, determination, hard work—and cash; lots and lots and lots of cash.

Burj al Arab and many of Dubai’s other developments looked more like advertisements for design software than places where people lived and worked. I got a distinctive feeling of walking around in a 3D-model, but it should be said that it was a nice 3D-model.

The self-righteous and culturally enlightened tourist, a species that in no shape, way or form is endangered, heaps many allegations at Dubai. Chief among these is its lack of ‘authenticity’.

But those who accuse Dubai of being ‘fake’ should take a long hard look in the mirror—and that done, read up on the history of the region.

Authenticity in Dubai would have been mudbrick houses at the high-end, and very simple huts made from palm-fronds at the other.

One would get to experience the authentic joy of having no electricity and historically accurate experience of no air-conditioning. When nigh-time temperatures in summer remain above 40℃, one could wrap one’s authentic self in an authentic blanket dipped in authentic seawater and see how that would taste for authenticity.

Dubai had come a long way in a short time.

I first came there on the eve of the global recession in 2008. The financial optimism that characterized EVERYTHING in Dubai cannot be better summarized than through the advertisements that could be seen everywhere.

Buying a property automatically entered you into a raffle where you could win a private jet—or a private island. It was not clear which was the first and which was the second prize. A Bentley (for the rich) and a BMW (for the poor) came as standard with the garage.