This update program will perform an update

Downloaded and installed the long awaited Windows Mobile 6 update for HTC-branded TyTN phones today. At one point during the install procedure I was presented with this screen: 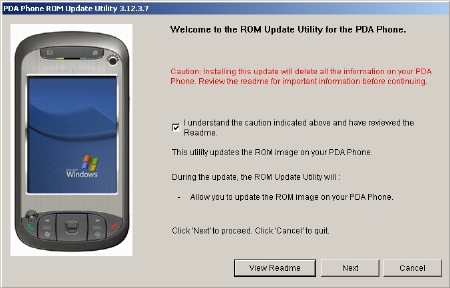 This screen is obviously designed to be idiot-proof and reads in sequence these three sentences: