A Unique Taste of Salt and History at Salineras de Maras 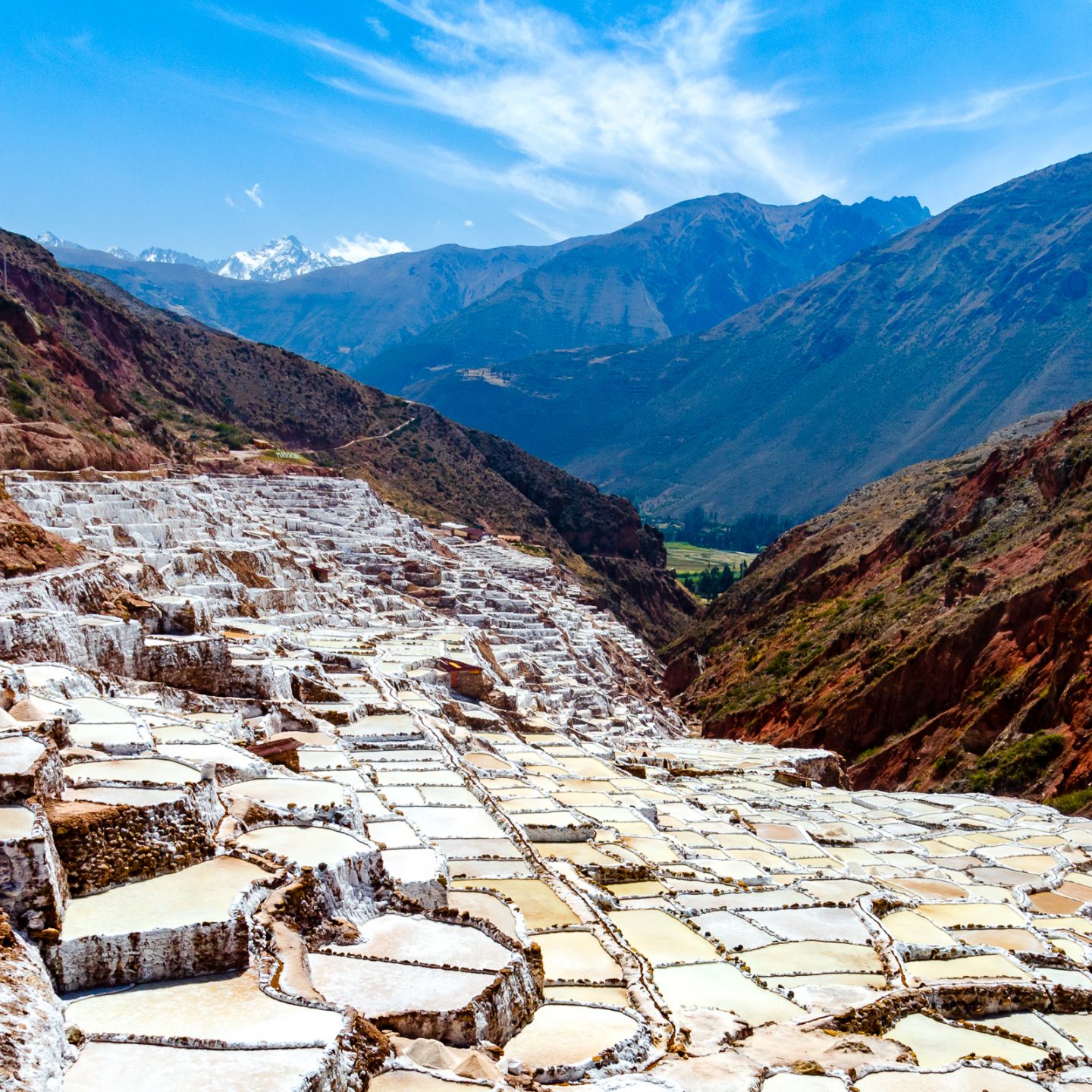 It must have started something like this: Salty water came out of a small spring on the hillside. The flow rose and fell with the seasons. Some surfaces that were submerged when the flow was high dried out when the flow lessened. Left behind, was a white substance.

Despite being one of those pivotal moments when natural selection occurs; one thing may be relied on with absolute certainty: where there are people, there will always be someone who can’t help themselves but MUST have a taste.⠀

“Hum, it tastes awkward – but good too, in some way. Also, I didn’t die, so obviously it is safe? Let me have another taste.”

The second question that humanity never fails to ask is:

“How could I put this to my advantage?”

From there on, it was but a question of time before the establishment of the first salt-pan in Maras. Soon shallow pools were constructed, filled with salty water and then closed off to allow the water to evaporate, leaving behind the salt.

Five hundred years later, there are some five thousand salt pans at Maras, fed by that same spring. With minor mechanization possible, they are worked in the same fashion as in their early days.

Salineras de Maras is an unusual and place that it made me happy to see.