The economic life of a Land Cruiser in Wadi Rum 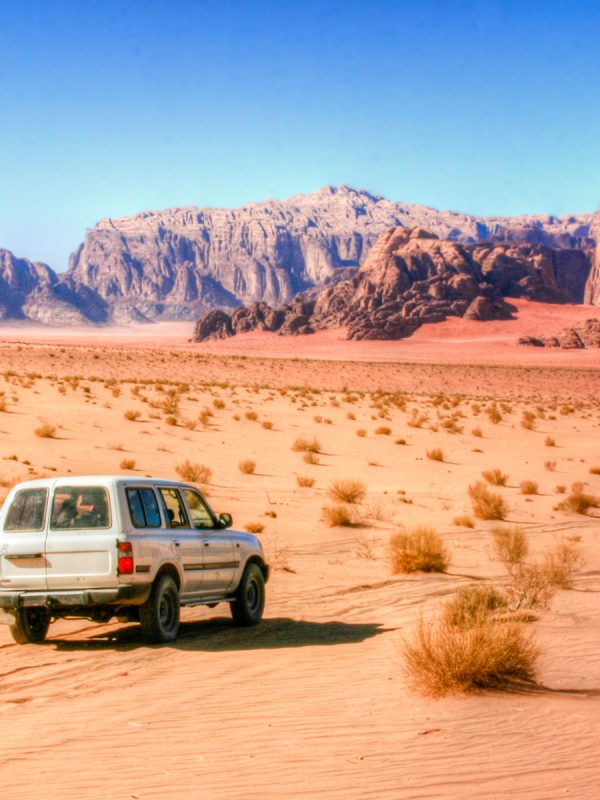 — ‘You like my car, sir?’, asked Abdullah, visibly proud of his ageing Land Cruiser. Abdullah was my driver and guide for my day’s outing in Wadi Rum.

— ‘It is an, an…, ah yes, an INTERESTING vehicle’, I replied; using the word ‘interesting’ as one does when at a loss for a something to say, but strongly feels that a compliment is expected.

It did not require a great stretch of the mind to accept that this vehicle had been pre-owned. One might even suspect Abdullah’s brother’s brother’s friend of not having been the first owner.

The dashboard had several openings that looked as if they were not part of the original design. From these protruded a mess of wires. The odd spark could be seen but didn’t bother Abdullah.

Neither speedometer, odometer, nor oil or fuel gauges exhibited any signs of life. And all non-essentials such as the passenger assist grips, the rear-view mirror and the sun visors had longe since taken their leave.

Still, much of the steering wheel was intact, and several of the gears were in working order. And even the most critical observer could count four rotating, albeit threadbare, wheels.

Yet, this was not a spartan vehicle. The interior was decorated, and lavishly so. There was not a vacant spot that had not been devoted to beautification.

There was, of course, plush dice suspended from where the rear-view mirror had once been. There was a vase with artificial flowers—and there was a small mint-green alarm clock in the shape of a mosque with two golden-domed minarets.

Among the many eye-pieces, a tiny green container was glued to the dashboard. From it emanated an unimaginably powerful scent that hit me so hard, it instinctively had me reach for the handle to roll down the window. Unsurprisingly, it was no longer there.

In any event, that turned out not to be a problem there wasn’t any window to roll down. It was permanently jammed in the lower position.

In Wadi Rum, though, I wouldn’t have wished for another car for the world!