A Contemplative Walk in the Clouds 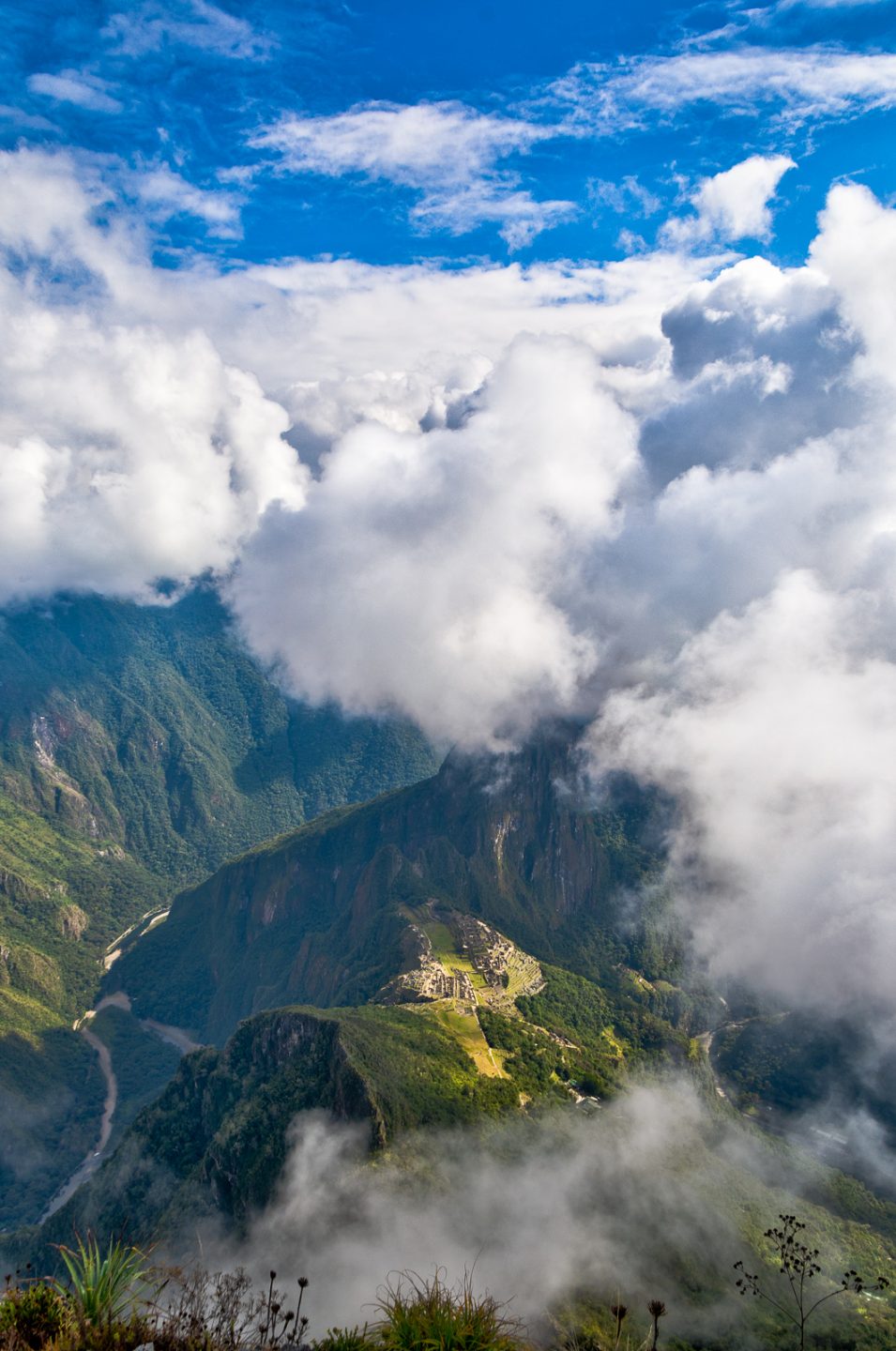 The view from the top of Machu Picchu mountain justifies the 700-meter climb, that is when there is a view to be had.

The clouds were not just sitting there idle, though. The view constantly shifted from complete whiteout via blurry mists to sudden openings in the cloud-cover that permitted photos like this one.

Additionally, the walk had allowed me to reflect on my life-choices, the frequency with which I took physical exercise, whether I ought to do something about that – and whether 44 was an age when it would be appropriate to have a living will and testament drawn up.

It had been quite an emotional morning for some. I was, as you may imagine, not entirely alone about visiting Machu Picchu. People of all ages, colours, races, religions and political persuasions had come from near and far for the experience of their lifetime.

It was heartrending to see those who held tickets for the wrong date, for the wrong time, for both the wrong date and time – or who didn’t have one at all. Others felt the onset of altitude sickness, nausea and headache. with all the encumbrances that condition bestows. And, a miserable few experienced both at the same time.

It is hard to learn, before six o’clock in the morning, that you will not be allowed to enter the ‘promised land’ on the strength of a technicality.

There was disappointment. There were tears.

I could not help but feel a hint of guilt mixing with my anticipation at the day that lay before me.

Being Norwegian, I naturally had not placed my trust in the weather. I had therefore booked two tickets; one for the preceding afternoon – one for this morning.

While I would enter for a second time, some would not enter at all.

The tickets were personal and non-transferrable, there was nothing I could have done, had I tried.

The experience left a tinge of bitterness to something that ought to in its entirety to have been sweet.

Seven hundred meters of altitude, reflection and self-pity later, my empathy had given way to an immodest sense of accomplishment, as I finally reached the summit of Machu Picchu Mountain.