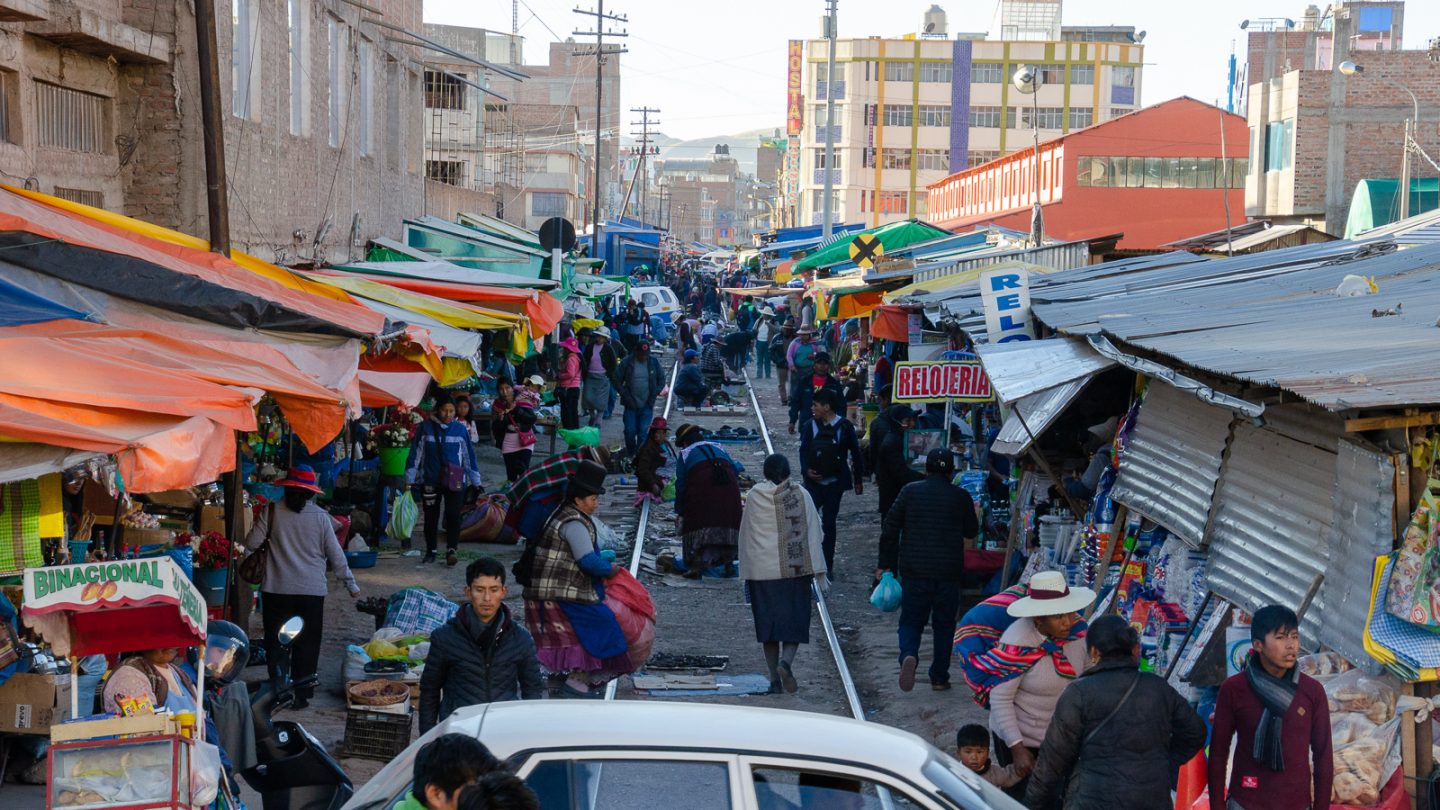 As the afternoon drew on, the Titicaca Train slowed down as it passed through the city of Juliaca.

I have spent much of my working life around urban planners. Many of these are architects and like to wear black polo neck sweaters and shroud themselves in a mist of obscure terminology. They love words like ‘arcology’, ‘conurbation’, ‘ekistics’ and ‘strollology’.

When people invariably ask what these words mean, they like to repeat the offending term with a francophone inflexion and an air of supreme condescension.

Urban planners do not much like ordinary people. Still, they accept their existence on the premise that without them, there would be no urban areas to plan. Ordinary people do not particularly like urban planners either. This becomes manifest at social get-togethers, where planners often are left to themselves.

While urban planners like to think of themselves as artists and cities as their canvases, more often than not, the town under planning preceded the planner by several centuries. By the time the urban planner arrived, the only art that remained was to make the best of a bad situation. That, however, can be a quite useful skill.

Juliaca, a city famed for its illicit trade and high crime rates, had enough of a bad situation to have profited from the services of any number of urban planners.

It is estimated that billions worth (USD) of smuggled cocaine and gold comes through here annually and that 60% of the residents, directly or indirectly, are involved in the trade. Still, most of them lead impoverished lives.

Crime pays – but for most involved, not very much.

The only remaining vacant land in Juliaca was the rail track. This was, however, only required when there was a train around, which wasn’t very often.

Juliaca’s inhabitants, therefore, had decided that this was a suitable location for an open-air market. The track was lined with stalls, and the swills between the rails were used for fruit, vegetable and raw meat displays.

As the train passed through the city, stalls were temporarily dismantled only to be put assembled again after the last car had passed.