Notes on renting a boat in Puno 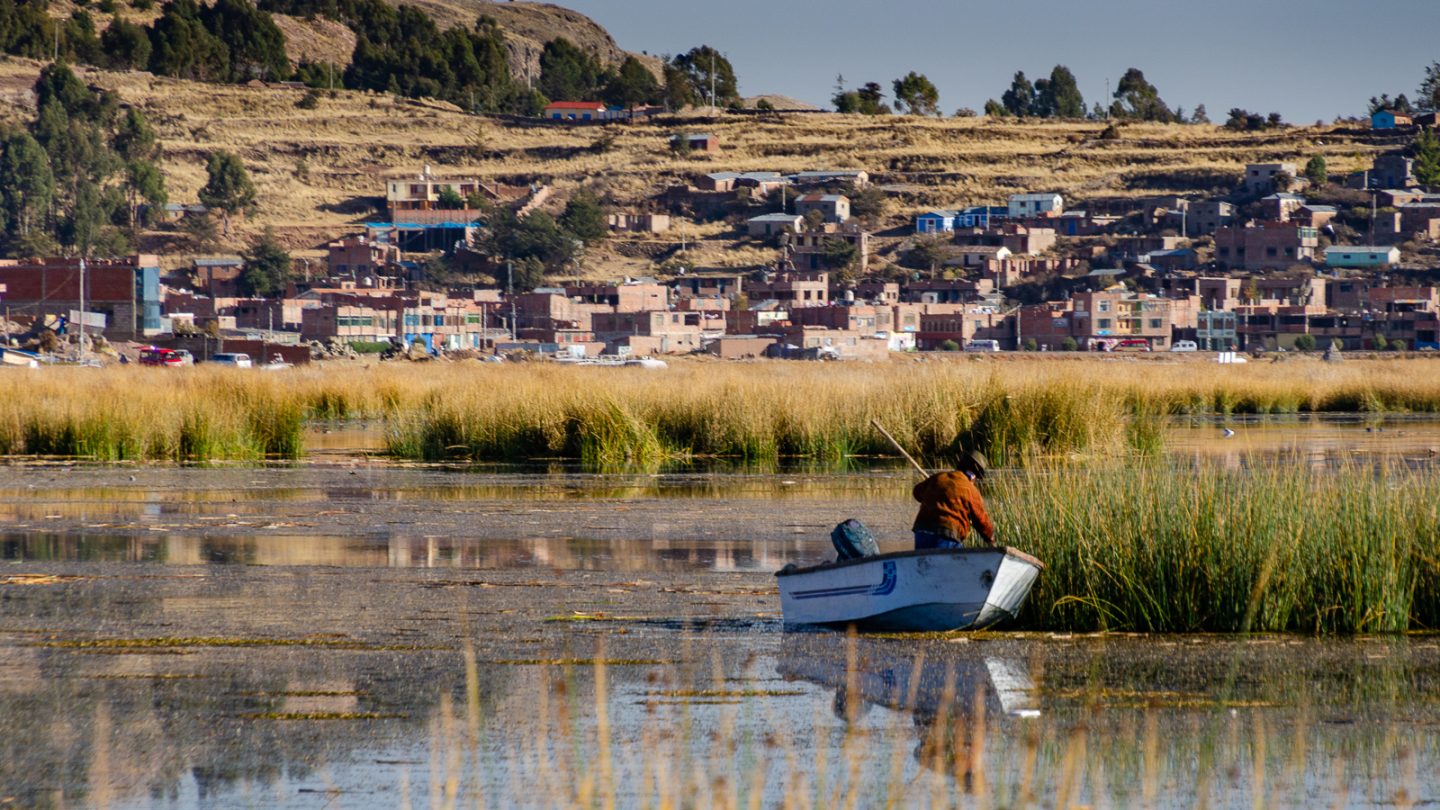 I had read up on the floating Uros Islands before arriving in Puno. I had become particularly fond of a message board, that discussed the relative merits of visiting these islands.
⠀
Public opinion was divided. On the one hand, a visit to the Uros Islands was a life-altering experience that must not under any circumstance be missed. On the other hand, they were a terrible tourist trap, devoid of anything or anyone authentic, and should be avoided at any cost.
⠀
The users had strong and polarized views on the topic. The discussion had descended into an exchange of personal insults before finally being terminated by the moderator.

One user had raised questions about the mental health of another user’s family. That user had then proceeded to describe in rich and colourful language, into what part of the human anatomy, he thought the first user might profitably stuff his head.
⠀
The camp that appeared to gain the most traction on the message board argued that to learn anything about Inca culture, it would be necessary to move here. If you would simultaneously buy a poncho, take up pan-flute playing and start worshipping the sun-God, Inti, this might well be a start. Scratching the surface, so to speak.
⠀
While this might well have been so, I didn’t have that much time at my disposal. And since there wasn’t a poncho in South-America that would fit over my head, I had decided that the Uros Islands were for me.
⠀
A month in advance, I had prearranged a boat to pick me up at my hotel at dawn. From time to time, I had pondered over what sort of boat I might have rented. I had paid a pretty hefty price for it, but then again, it was a special request. In my head, I had pictured a tiny boat with an outboard motor.
⠀
As I approached the pier at Hotel Libertador, I saw my mistake. Instead of a rowing boat, I had an extensive tour boat with a capacity of thirty or more passengers wholly to myself.
⠀
I also had a captain and a guide that I didn’t know exactly what to use for.

As my Uros cruise began, we passed by a boat of the type I had expected to find myself in. And that is the photo above.